As you all probably know, Paul O. leads NESE’s History Club. NESE students have always loved this club, and have always written very positive comments about Paul on their monthly student evaluations. However, the evaluations this month were even better than usual.

In the United States, until 1928, bread was only available as an uncut (the opposite of cut) loaf. People, as many of us still do, would slice (cut) a piece of bread at home whenever they wanted a piece. Then, for the first time in 1928, things changed, and pre-sliced bread became available for sale. Although the popularity of pre-sliced bread only grew slowly, it eventually became extremely popular. In fact, pre-sliced bread became so popular that since then, when something is very good, we often still compare it to this wonderful invention of 1928. For example:

“Paul’s History Club is the best thing since sliced bread!” 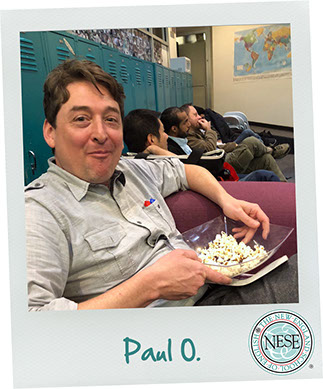