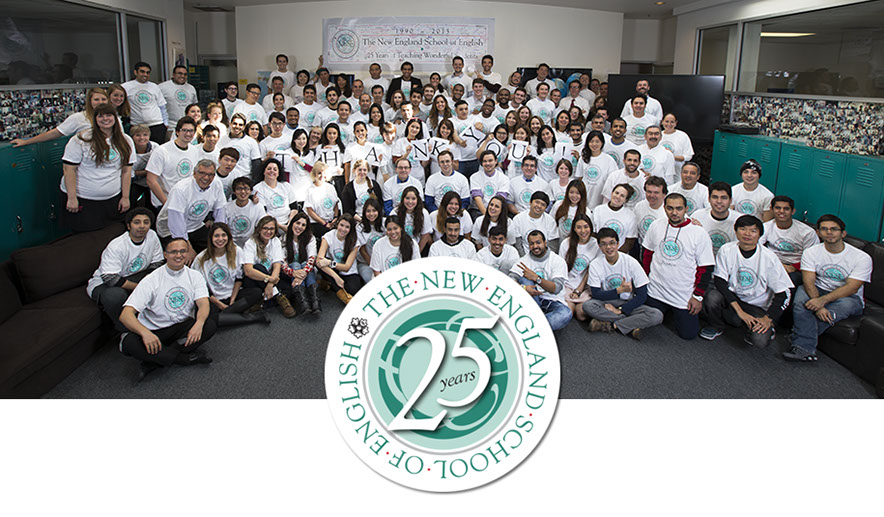 We would like to thank everyone who has been part of our wonderful journey, a journey that has led all of us who have been here to recognize the power of kindness and compassion towards our fellow man. And as many of you know, NESE students, teachers, and staff come from over 100 countries. We belong to every major religion, almost every ethnic group, and have all levels of ability and disability. Despite great differences between us, NESE remains committed to

more than simply teaching English; we have always been - and will always remain - committed to lessening hatred, intolerance, and discrimination against everyone. When students finish their studies at NESE, they leave not only convinced that their English has improved, but also convinced that we are all part of one human race, united by our respect for one another. Again, thank you for being part of this achievement,

In June of this year, NESE turned 25 years old, and we thought that you might enjoy learning some facts about NESE through the ages: